Traditional Friday Night Service Use As My Service Template

Please wait while we prepare your Service...
This may take up to thirty seconds. 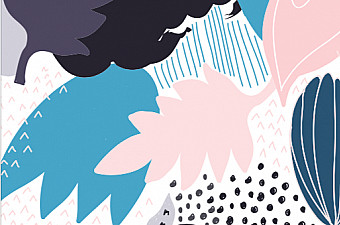 For one Hasidic master, Shabbat is not the weekend, but the sacred center of the week, which illuminates the days before and after.

Rabbi Zvi Elimelekh of Dinow (1783-1841), a student of the famous “Seer of Lublin” and a prolific author, presents a view of Shabbat in his book  B’nai Yissachar that draws on a body of Hasidic teachings that by his time was already broad and widely disseminated. Those teachings draw extensively on Kabbalistic sources for their concepts and language. Excerpted with permission from “Sabbath: A Hassidic Dimension,” in  Perspectives on Jews and Judaism: Essays in Honor of Wolfe Kelman , ed. Arthur A. Chiel, pp. 335-353 ©Rabbinical Assembly, 1978.

Shabbat Lights Up Our Week

In [ B’nai Yissachar ], [Rabbi Zvi Elimelekh] tries to show how every day of the year could be illuminated by the light shining from the various sanctuaries of time that dot the Jewish calendar. At the top of all the high points in time stands the holy Sabbath — the queen of all times.

The basic unit of time is the seven-day week. The Sabbath, according to the Zohar — which is perhaps the main foundation of Hasidic thinking — does not stand at the “weekend” nor even as the “week head” — but rather at the center of the week, like the central stem of a seven-branch menorah, with the three weekdays Wednesday-Thursday-Friday on its right, and the three days Sunday-Monday-Tuesday on its left [following the Hebrew order right-to-left], all drawing their sustenance from the center of the week, from Sabbath. The first version of the Ten Commandments reads: “Remember the Sabbath day to keep it holy;” the second version reads: “Observe the Sabbath day to keep it holy.” In the first half of the week, on Sunday, Monday, and Tuesday, we remember the Sabbath that has gone by, and on Wednesday, Thursday, and Friday, we observe, look out, and wait for the Sabbath that is to come. It is only through Sabbath that we can survive the week looming between the Two Sabbaths.

The often-quoted saying of the Zohar in Hasidic literature, that Shabbat is one of the Names of God, plays a central role in his thinking. One does not use God’s Name easily, “and I know of those who are meticulous in their behavior, that they are very careful not to utter the words Shabbat needlessly. And it is correct to do so.” Just as there are unclean places where one is not allowed to read from the Torah, so one is not permitted to pronounce the word Shabbat in those places.

A Day for Harmony , the Summit of Life

By the same token, Sabbath represents perfectness. In Jewish mysticism the world is seen as broken and fragmented. It is “in exile” in no less than three dimensions: in space, time, and soul. The human soul is split, and parts of it are destined to bitter exile except on Sabbath, when the exiled splinters of the human personality can be gathered together in peace.

There is also a terrible chasm separating man from woman, a rift which threatens the peaceful, fulfilled existence of human beings from the first moment following the creation of Eve, when Adam asserted in great shock: “This is now bone of my bones and flesh of my flesh.” Looking at Eve, Adam saw himself split in two as etzem {“bone”) and as basar (“flesh”), interpreted in mystical allegory as representing the two dimensions of severity and grace between which a person is suspended constantly in tension.

It is only on the Sabbath that the two can harmonize, and one can find peace of mind and soul. This idea, which is derived, as Rabbi Zvi Elimelekh proves, from the concept of Sabbath as a day of harmony and perfection, is, of course, inherent in the numerical value of [the Hebrew letter of the word Shabbat :] sh-b-t — a perfect combination of etzem ([the sum of whose letters’ numerical value is] 200) plus basar ([similarly] 502), which together equals Sabbath’s numerical value (702).

Following now the central idea of Hassidism, that of d’vekut, or cleaving to God, Sabbath becomes the aim of life, allowing Rabbi Zvi Elimelech to offer a daring comment on the verb k-d-sh (“to make holy”), which is applied to the Sabbath both as an act of God (Genesis 2:3) and a commandment to humanity (Exodus 20:8). In the spirit of the erotic symbolism of the Kabbalah, he interprets k-d-sh in the sense of kiddushin, “consecration through marriage.” God blessed the seventh day, He endowed it with grace, with light and harmony, and consecrated it; it can be said in a sense that He married the seventh day as a mate. Human beings, on the other hand, are commanded to remember or keep the seventh day — to consecrate the day as in marriage, to develop an intimate relationship with it, “as man and woman do.”

Rabbi Zvi Elimelech bases this interpretation not only on his enormous overwhelming feeling of love for the Sabbath, but also on the Midrash that tells how Sabbath came in front of God to complain: “To every day of the week you gave a partner. Sunday goes with Monday, Tuesday with Wednesday, Thursday with Friday, and only I am left without a mate.” And God, blessed be He, replied: “The community of Israel will be your mate” (Genesis Rabba 11:9). What to the rabbis of the Midrash was a metaphor of speech is reality for Rabbi Zvi Elimelech. Sabbath is celebrated in Kabbalah as the day of the holy communion between the masculine and feminine sephirot ; it is also the day when husband and wife are commanded to be joined sexually.

Hassidism attempted to bring God into this world, and claimed that not only the heavens but also the earth is the Lord’s. Rabbi Zvi Elimelech, as one of the great exponents of Hassidism, has therefore much to say about the divine meaning that can be instilled in seemingly earthly activities, such as eating or cohabiting. The celebration of Sabbath through bodily delight is the best example of the possibilities by which humanity can express its worship of God through earthly and this-worldly things.

Rabbi Zvi Elimelech deals at length with the various aspects of delight expressed in the joy of Sabbath and reflected in its liturgy. A delight can no longer be felt if it constantly continues on the same level. The delight of Sabbath increases from one step to the next. The process is expressed in the Sabbath liturgy, which changes from one service to the other, from Friday night, which represents the act of consecration in marriage, to Sabbath morning, when the lover showers gifts upon his beloved, culminating in the Sabbath afternoon service, the moment of intimate union of the lovers.

He [Rabbi Elimelekh] continues to emphasize that the delight enjoyed on Sabbath is not to be mistaken as an indulgence in worldly pleasures. The Rabbis word their sayings carefully: “who delights in the Sabbath” [in the words of the Babylonian Talmud, Shabbat 118a], not in self-delight. The purpose of the day is to partake in the delight that is part of the essence of the Sabbath, a transcendental being coming to this world to be welcomed with spiritual yearning as well as with material rejoicing.

Sabbath comes once a week, as part of a cosmic happening. It is not up to us — as with holidays — to pronounce its coming or to fix it on another day. But it remains our responsibility to bring a glimpse of Sabbath into our day-to-day life. Hassidism stresses the importance of hitbodedut (“self-isolation”) and advises every person to set aside some time during the day to be with himself. “A person who does not have at least one hour a day to be secluded with himself is no person at all” is a widely accepted Hasidic maxim.

In this spirit, Rabbi Zvi Elimelekh demands that “every person — businessman or craftsman — set aside one hour a day in which he draws from the sanctity of Sabbath.” In this way the flight of time can be held and given eternal meaning. We can infuse the temporal world with eternity, and raise ourselves to the heights of Sabbath each day of the week.


Copy and paste the URL of this Service to share or view.

Add “New create” to one of your Haggadahs Below: