There are two Jewish traditions.

The first is a religious one.  It finds supernatural power, prayer and worship important. It believes in divine revelation, eternal laws and sacred rituals. It sees Nature as less interesting than the world beyond. In Jewish history it found political power and became the establishment.

The second is a secular and humanistic tradition.  It prefers people, human intelligence and human dignity.  It affirms reason, science and human community.  It finds no need to look beyond the wonders of nature.  In Jewish history it never found political power. It survived in the underground of ordinary Jewish life.

The second tradition is as important as the first.

The second tradition is our tradition.

Judaism is far more than many people allow it to be.  Some people view it very narrowly, seeing only its religious side. Others perceive it broadly emphasizing its ethical outreach.

Judaism is more than theology and moral rules. It is more than parochial faith and universal sentiments. It is the living culture of a living people.

Judaism is family, love and nurturing.  Judaism is memory, roots and pride. Judaism is music, dance and humor. Everything that Jewish people, throughout the ages, did and yearned to do is Judaism.

Judaism did not fall from heaven. It was not invented by a divine spokesman.  It was created by the Jewish people. It was molded by Jewish experience. It was flavored by Jewish sadness and Jewish joy.

Life is an evolution, a continuous flow of transformations. And so is culture. When circumstances change, people change. When people change, their laws and customs change.  A healthy people welcomes change. It understands its history. It knows its own power. It leads the past into the future.

by Custom & Craft
There are two Jewish traditions. The first is a religious one.  It finds supernatural power, prayer and worship important. It believes in divine revelation, eternal laws and sacred rituals. It sees Nature as less interesting than the world beyond. In Jewish history it found political power and became the establishment. The second is a secular and humanistic tradition.  It prefers people, human intelligence and human dignity.  It affirms reason, science and human community.  It finds no need to look beyond the...
Psalms, Poetry & Songs, Shabbat Blessings

The Significance of Shabbos

by Custom & Craft
The lengthy week is at an end, And with it work and weekday woe, Encircled by family and friend, We step back from time's endless flow. For all who toil deserve to rest, And all who sow deserve to reap, To benefit from all life's best, And to partake in Shabbos peace. Though literally "Shabbos" means "rest," traditionally, Shabbos is much more than a day of rest for Jews. It is a day of spiritual and cultural renewal.  It is a...
Prayers of Celebration & Gratitude, Barchu & Shema

by Society for Humanistic Judaism
Welcoming Shabbat by Rabbi Miriam Jerris  B’rukhim habaim. Welcome. Shabbat Shalom. We gather on this Shabbat as a community of believers. We believe that Judaism is the entire experience of the Jewish people. We believe in the value of celebrating Jewish culture and identity. We believe that all those who choose to celebrate with us are part of our community. We believe that being together strengthens and enhances our Humanistic Jewish experience. May this Sabbath be a time of peace and...
Candlelighting

by Custom & Craft
To Say Over Candles:   The lighting of the Sabbath candles is one of the most familiar customs connected to Shabbes and one that is part of our collective memory. According to tradition, candles are lit on Friday just before sunset, usually by the mother and daughters of the household, though they may be lit by any Jew.  The lighting of the candles signifies the spiritual essence of the Sabbath.  Candlelight flickers, spreading its light and its warmth.  It envelops us in...
Prayers of Celebration & Gratitude, Shabbat Blessings, Candlelighting

by Custom & Craft
It is traditional for husbands to bless their wives after candle lighting, but this tradition doesn’t often resonate for queer couples, let alone straight couples who don’t necessarily fit standard gender roles.  The following blessing can be used by couples of any gender, regardless of their marital status.  Partner 1: As day turns to night,  And afternoon light fades into inky black,  May we recognize the love bringing us together Like the twin flames of the Shabbat candles, Soft and luminous   ...
Shabbat Blessings, Candlelighting

by Custom & Craft
As the traditional Shabbat children’s blessings are gendered, here is an alternative blessing to use with children of any gender.  We give thanks for the blessing that is you,  Your being,  Your becoming   Every day we witness your growth, Your curiosity,  Your persistence   And we give thanks For every new lesson  As you become,  More and more each day,  The person you are meant to be.
Shabbat Blessings, Candlelighting

Blessing for the Solo Person

by Custom & Craft
Our communities include people who are not in long-term partnered relationships, whether by choice or circumstance. If this is you, take a moment to celebrate yourself this Shabbat with this blessing for the solo person.  This Shabbat, amidst the growing twilight,  I affirm myself in my full dignity,  In my truth,  And in my lived experience   I celebrate my resilience And my wholeness,  My fortitude and my strength   And I name and bless myself  As a sovereign being Under a canopy...
Psalms, Poetry & Songs

by Custom & Craft
The sun over the treetops is no longer seen, Come, let us go forth to greet the Sabbath Queen, Behold her arrival, the holy, the blessed, And with her angels of peace and of rest Come near, come near, and here abide. Come near, come near, O, Sabbath Bride! Peace to you, O angels of peace. We've welcomed the Sabbath with songs and with praise; We go slowly homeward, our hearts full of grace. The table is set and the candles...
Psalms, Poetry & Songs

Song of the Sabbath

by Custom & Craft
I quarreled with kings till the Sabbath, I fought with the six kings of the six days of the week. Sunday they took away my sleep.   Monday they scattered my salt.   And on the third day, my God,   they threw out my bread: whips flashed across my face.   The fourth day they caught my dove, my flying dove, and slaughtered it. It was like that till Friday morning This is my whole week, the dove's flight dying. At nightfall Friday I...
Barchu & Shema

by Society for Humanistic Judaism
Sh’ma - by Rabbi Jeffrey L. Falick   שמע ישראל ניטול את חלקינו בתיקון עולם Sh’ma Yisra’el nitol et helkeinu b’tikkun olam.  Hear O Israel: Let us take up our portion in the repair of the world.  ברוך כבוד האדם לעולם ועד Baruch k’vod ha’adam l’olam va’ed.  Blessed is the dignity of each person, forever and ever. V’ahavta, adapted by Jon Dickman  Therefore, we strive to lead loving, compassionate lives With our heart, with our wisdom, and with our actions. These words...
Barchu & Shema

by Custom & Craft
Hear, Oh Israel, The universe is one. All humanity is one. Shma Yisroel Ha-olam echad! Ha-enoshiut echad! And you shall love your fellow humans With all your heart And all your soul, And all your might! These words inscribe on your heart And on your doorposts. Repeat them and teach them to your children By day and by night. Teach them to revere all life.
Barchu & Shema

by Custom & Craft
Hear, O Israel---The divine abounds everywhere And dwells in everything: the many are One. Sh’ma, yisrael— La’elohut alfey panim, M’lo olam sh’khinatah, Ribuy paneha ekhad.   Loving life and its mysterious source with all our heart and all our spirit, All our senses and strength, we take upon ourselves and into ourselves these promises: To care for the earth and those who live upon it, To pursue justice and peace, To love kindness and compassion. We will teach this to our children...
Prayers for Healing & Peace

by Society for Humanistic Judaism
Shabbat - Symbol of Peace by Rabbi Jeffrey L. Falick  Shabbat Shalom When we meet each other on Shabbat, we think of shalom, peace. It’s right there in the greeting.  Shabbat has always been a symbol of peace. Our ancestors called it a “taste of the world to come.” The peace that they sought to create on Shabbat teased them with hopes that such calm might one day prevail throughout the world.  Perhaps it was just a fantasy. But it gave...
Psalms, Poetry & Songs

by Rachel Kann
The Beginning By Rachel Kann If you can find stillness, the jasmine will night-bloom in your direction and the breeze will carry its sacred exhalation of perfume toward you. Breathe, the moon will cascade waves of radiance downward, drop her silver robes, glow. You will awaken, overtaken by a love that asks no permission, golden particles rising beneath your skin. all of existence longs to be an offering. eternity is a constant whisper wishing to be listened to. This is the...
Commentary/Meditations 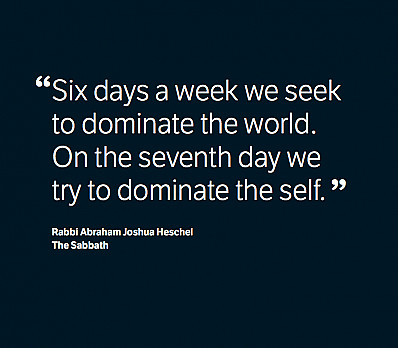